“In these tough economic times, one may wonder why anyone – other than class action lawyers – would seek to destroy what EPA estimates is a $2 billion annual economic benefit to the nation, and all of the jobs that go with it,” Reeg said. “This lawsuit has no merit because we know from EPA-mandated testing that no water systems since 2005 have exceeded the annual average guidance for atrazine. We intend to defend ourselves vigorously.”

Atrazine is a widely-used herbicide in the U.S. and 60 countries around the world to help grow safe, affordable and abundant crops, including corn, sorghum, and sugar cane. EPA re-registered atrazine in 2006, stating it would cause no harm to the general population.

“This suit is no surprise, as the same plaintiffs’ attorneys who have been trying a wasteful case in Madison County, Ill., have been shopping this around for years,” said Reeg. “Just last month, plaintiffs in Illinois voluntarily dismissed numerous damage and liability claims they had made in their case. With that disarray, it appears attorneys are scrambling to another venue in which to waste scarce taxpayer resources with junk science and false allegations for personal gain at the expense of U.S. agriculture.

“Filing in federal court appears to be a mis-step, given the Iberville Parish, La., case which was dismissed by Chief Judge Butler in Mobile, Ala., in 1999. Judge Butler ruled that removing safe and approved levels of atrazine from drinking water was unnecessary and that shifting the costs of such unnecessary removal was wrong. This decision was also upheld on appeal, and we hope the court will rely on this past verdict to guide future decisions.

“Everyone should bear in mind that if a 150-pound adult drank literally thousands of gallons of water with atrazine at three parts-per-billion every day for 70 years, she still would not reach the exposure level at which no adverse impact has been detected in the laboratory.

“We know these communities are strapped for cash, and suing companies to upgrade their decades-old water systems may seem like an easy way to raise money, but it only harms local farmers who rely on these safely-regulated crop protection tools for their livelihood and to help cost-effectively feed a quickly growing consumer public.

“The many statements by farmers and their associations attest to their support for atrazine and its safety in use. They have for half a century. EPA’s atrazine regulation is a model of sound science carefully applied in its mission of protecting all Americans and our environment.

“As a hallmark of good stewardship, my client worked voluntarily with stakeholders for years and since then also with EPA to monitor the water systems where minute detections of atrazine may occasionally occur. Since 2005, no water system has had an annual average atrazine level in its drinking water greater than the EPA standard, which itself carries a 1000-fold safety factor. 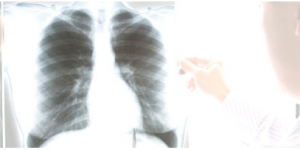 Some of the significant asbestos claims cases over the past year have included:

– Negotiating an award of £703,000 for the widow and family of a 52 year old partner in an engineering firm who died from mesothelioma following exposure to asbestos at work. This is amongst only a handful of awards exceeding £500,000 across England and Wales.

– Winning £100,000 damages (plus legal costs) for a retired teacher who developed mesothelioma by using drawing pins to pin children’s work to the walls of her prefab classroom, which contained asbestos.

– In a landmark case the firm recovered £12,500 for the value of hospice care as part of a £170,000 settlement for a man who worked with asbestos in 1963 and contracted mesothelioma in 2005. The funding of hospice care is almost exclusively by charitable donation and this is thought to be the first time a firm of solicitors has recovered the cost of care in this way.

– Field Fisher Waterhouse acted for the family of a 75 year old man who died due to mesothelioma, and who used to take care of his grandchildren after school in term times. The defendants initially denied that this was compensatable, since there was no reported precedent for it, however the firm recovered£109,352 at a High Court hearing including £27,960 for the grandchildren’s care.

The FFW team of asbestos lawyers has also been actively lobbying the House of Commons, requesting that the Government overturn the House of Lords ruling that pleural plaques – a scarring of the lining of the lungs as a result of exposure to asbestos – is not a compensatable disease. The team also responded to the Ministry of Justice’s consultation on the Law Lords’ pleural plaques ruling.

Asbestos-related diseases affect thousands of people in the UK each year. Factory workers and labourers are amongst those who are commonly affected, but Field Fisher Waterhouse has also acted on behalf of professionals such as doctors, nurses and teachers who have been exposed to asbestos through their work. Field Fisher Waterhouse LLP is a leader in the field of Asbestos Claims.

Rodney Nelson-Jones, head of the Asbestos Claims group at Field Fisher Waterhouse, said: “I am delighted that in 2008 we were able to win over £16 million in compensation for the victims of these terrible diseases. It is crucial that sufferers and their families receive the compensation they deserve.”

Back in February, the BBC’s Watchdog programme exposed a story about leather sofas, sold by a number of

leading high street retailers, which had caused severe skin reactions in some people. The Chinese manufactured sofas, the majority of which were purchased from Land of Leather, Argos and Walmsleys, were thought to contain a chemical which was causing extreme allergic reactions in some people, including rashes and blistering that resulted in hospitalisation for some.

Watchdog reported on 12 May 2008 that, in conjunction with Russell Jones & Walker (RJW), it has since discovered that the cause of these ‘sofa burns’ is Di-methyl Fumarate (DMF), a chemical known to cause skin irritation. This fungicide is contained within a sachet which is placed inside the sofas in order to protect against mould during storage, transit and everyday usage. Argos’ independent investigations have also now confirmed these results.

A team of Solicitors led by Richard Langton and Christian Shotton of RJW is currently representing injury claims on behalf of more than 500 people who have suffered due to the affected sofas, and this number is continuing to grow. Around 1000 individuals are now launching a group action in the high court to sue the retailers who sold the sofas for damages.

The majority of the sofas have now been recalled, but a list of known affected sofa batch numbers has been compiled on the RJW Solicitors site in order to enable worried consumers to check whether their sofa might be one of those affected.

In light of the ongoing problem, RJW Solicitors has also advised that anyone who has experienced similar skin problems, even if their sofa’s batch number does not appear in the list, should still contact the retailer where they originally purchased the sofa from.

The firm has grown from its trade union roots into a respected national organisation with nine offices across England and Wales, and an associated office in Scotland.

The reputation of Russell Jones & Walker is built on the range of expertise offered by its partners and staff and on the scope of their practical experience.

RJW Solicitors represents clients across a range of areas from personal injury work to commercial and criminal litigation; from employment to defamation and reputation management; and from clinical negligence to family law.

EPR Law News is a new blog, part of EPR Network, that is going to be focused on and will be covering the law news and stories from press releases published on EPR Network.

EPR Network (EPR stands for express press release) is one of the nation’s largest press release distribution networks on Web. The EPR’s nationwide network includes 12 State based PR sites, one major PR forum and a number of industry specific PR blogs and what started as a hobby on Internet years ago turned out to be a rapidly growing business today. EPR Network is also known as one of the most trusted (human optimized, published, edited and monitored, spam/scam/low quality PR content free) PR sites on the web with more than 10,000 company and individual press releases distributed per month. EPR Network is putting your press releases on top of all major search engines’ results and is reaching thousands of individuals, companies, PR specialists, media professionals, bloggers and journalists every day.

EPR Network has thousands of clients around the world including global 500 corporations like Hilton Hotels, Barclays Bank, AXA Insurance, Tesco UK, eBay/Skype, Emirates, just to name a few. The network’s PR web sites are currently reaching from 150,000 to sometimes 500,000 unique visitors per month while our viral reach could possibly go to as much as 1M people per month through our presence across various social media sites. EPR Network was established in 2004 and as of May 2008 it had more than 800,000 press releases (pages) published on its network.