MIAMI, Florida, 2020-Apr-29 — /EPR LAW NEWS/ — Sir Richard Branson and his Virgin Group do not trade in… Virgins! Furthermore the word ‘virgin’ is itself a common word and an arbitrary one when used in connection to Virgin’s various business pursuits. For context purposes, here’s some more fun with trademarking Apple.

The word itself, Apple, is a common word and contrary to popular belief it is possible to trademark a common word. This is allowed because the word is arbitrary when used in connection to the manufacturer of iPhones and computers etc. Apple doesn’t sell apples, and neither does the Apple Rubber Co and many others who also own the trademark to the word ‘Apple.’ Multiple companies can own the trademark to the same common word, as long as the products they sell aren’t so similar that they cause confusion for consumers.

In spite of being a globally recognized brand, Virgin is currently pursuing a court case against a small online beauty company named VIRGINIC LLC, attempting to force them to close their store and demanding a hand over of their website domains and social media accounts to Virgin Group.

VIRGINIC LLC is a startup with a visionary desire to keep creating chemical-free, allergy-free, raw face cream formulas, for the direct benefit of an organic-minded female consumer. VIRGINIC brand name is to recall beyond-organic level of purity with no chemical additives and a holistic approach to ethical and all natural sourcing. Their production practices are mindful of protecting the planet through sustainable packaging materials and supporting local farming for ingredients sourcing. Yes, they are lovely people with an ethos that we can all support as it’s hard not to.

As for Virgin, they don’t sell cosmetics currently and neither do they have any intention to do so in future. From our common sense lesson in trademark law this should be an open and shut case, should it not? It seems crystal clear that two companies selling completely different products with names using a common word in an arbitrary manner, no virgins being sold, should both have the right to trademark that word.

Or in this case an invented word similar to that word, it would be like Apple vs Appleic. What’s more in the UK where this case started 2 years ago, a quick search reveals many companies trading under the word ‘Virgin’ offering various services. They’re able to do so for the reasons already stated above.

So why would Virgin target a small startup that doesn’t even use the name “virgin” and doesn’t trade in phones, planes and spaceships but natural face creams? It appears to be nothing more than pure speculative spitefulness by certain lawyers needing to justify their retainer and earn exorbitant fees from their client.

One can almost imagine those lawyers idly examining new trademark applications looking for marks that look somewhat similar to their client’s, no matter how tenuous the connection and salivating over the thought of the juicy fees to follow. 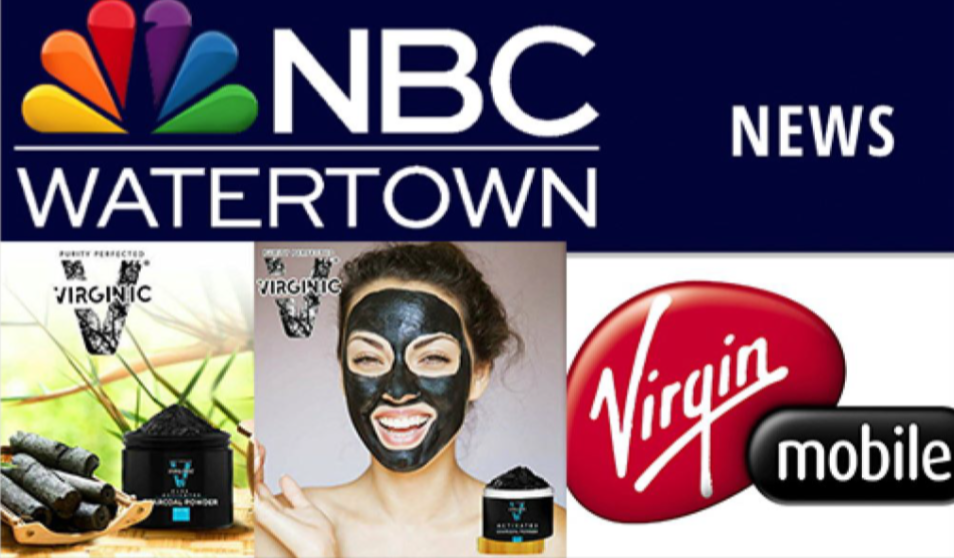 This sort of behavior is no better than the ‘ambulance chaser’ stereotype that looms large in the public’s imagination. In fact, under common law there was historically an offence referred to as ‘barratry’ referring to people who are “overly officious in instigating or encouraging prosecution of groundless litigation” or who bring “repeated or persistent acts of litigation” for the purposes of profit or harassment. Sadly for VIRGINIC, this is no longer an offense in England and Wales. Now the turn is for the US court system to judge on the merits vs manipulative discourse of Virgin’s lawyers justifying their retainers.

Some of the investigative journalists following VIRGINIC case point out that the actual litigation is indeed pointless and harassing in nature. Furthermore it is destructive and punitive. VIRGINIC was already denied the appeal in UK, Virgin got paid £35,000 but since that wasn’t enough, Virgin’s lawyers proceeded to open more lawsuits against VIRGINIC in more countries, including countries where VIRGINIC doesn’t trade.

VIRGINIC refused to commit business suicide and close the shop, just because Virgin said so. Virgin’s lawyers responded by opening personal lawsuits against key employees and managers of VIRGINIC in both US and UK, using an alter ego theory as a legal crutch. In David vs Goliath cases, a big corporation can starve a small company financially to death, break their spirit by forcing them to give up simply because a small company is no longer able to afford piling up legal fees (in this case internationally) – a common tactic of a common bully.

VIRGINIC stated on their website that they felt it was morally wrong to close the business and stop making natural cosmetics for people with allergies that asks for them every day, just because a multi-billion dollar attacker has such a wish. In response to that, Virgin’s lawyers just recently added to the ongoing lawsuit 3 unrelated to VIRGINIC start up companies (in both court of both Wyoming, US and London, England) – companies where VIRGINIC employees used to work based on same “alter ego” legal crutch theory, causing even greater surprise to all spectators and a real financial damage to other small entities that stated no connection to VIRGINIC.

VIRGINIC announced on their social media that directly due to high legal fees causing hardship to its business half of their employees had to be laid off. At the expense of a great personal toll to those individuals and at a great loss of human capital in general, Virgin is further magnifying the damage caused.

If any business case is the personification of vicious, pointless litigation that only serves to enrich overpaid lawyers then this is it. Let us hope that a fairytale ending lies in store for the good folks at VIRGINIC and their spirit of not giving up on their dream, with a deserved comeuppance for the villain of the piece.